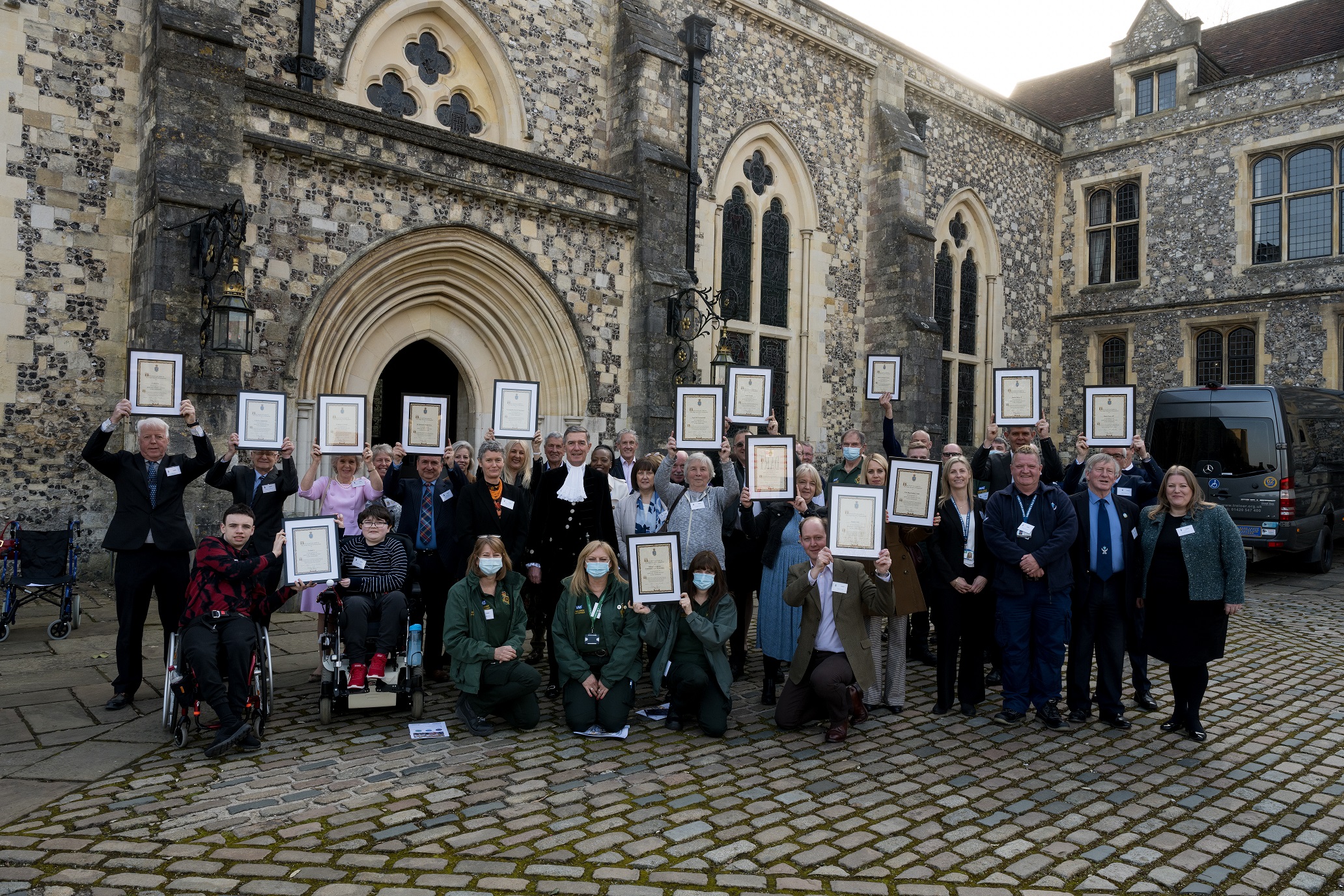 The High Sheriff of Hampshire, Phillip Sykes, has announced the 18 recipients receiving commendations for their great work in the community in the field of law and order and related projects in Hampshire.

Speaking at the awards ceremony in the Great Hall in Winchester, the High Sheriff said, “I am delighted to be able to formally recognise all of the individuals and groups here today who have worked tirelessly in their respective fields to make their local communities safe and welcoming”.

The High Sheriff Awards are a mark of distinction and recognition given to Hampshire-based volunteers, groups and public servants making a significant contribution to society through enhancing safety and cohesion in our communities.

Around 100 people attended the awards ceremony in Winchester, which is supported by the Hampshire and Isle of Wight Community Foundation. Jacqui Scott, Chief Executive, commented: “We are delighted to once again be involved in the High Sheriff Awards which give countywide recognition to the outstanding work of charitable and community groups in Hampshire. Every year, we are inspired by the wonderful work of those receiving an award and this year’s awards have really highlighted how local organisations and individuals have worked together in incredibly trying times to make Hampshire a better, safer place for everyone to live and work.”

The individuals and groups receiving special recognition for their work are as follows:

Photographs from the ceremony are available here using the code: win2022

HIWCF warns of “huge challenges ahead” as cost-of-living soars